The IEMS actively fosters thought leadership and engagement on the creative, business, and legal areas of the business. We encourage anyone interested in collaborating with the Institue on research projects or events to reach out via email.

The MEDIA Report: Media and Entertainment Data in America 2016-2022 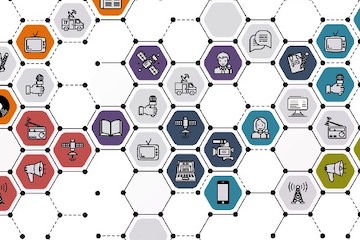 Women Entrepreneurs in the Screen Industries: Obstacles and Opportunities 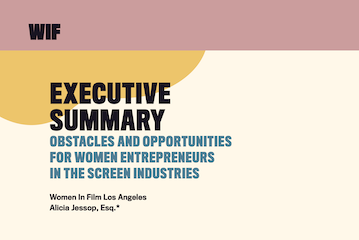 Seeing and Doing: Exploring the Use of Journalist Videos and Simluations to Increase News Literacy Awareness Among High School Students

This experimental study addresses the urgent problems of misinformation and distrust of news and why it is critical to create an awareness among teenagers about high-quality news information. Through a partnership with The Ronald Reagan Presidential Library and Museum, Pepperdine University Professors of Communication Elizabeth Smith and Theresa de los Santos test: 1) The potential of a breaking news, role-playing simulation for increasing foundational news literacy awareness and the value of news sourcing among high school age students, and 2) How the introduction of high school students to the work of a journalist and the news production process bolsters their awareness of these concepts. This research was published in the journal Media Practice and Education (June 2022). 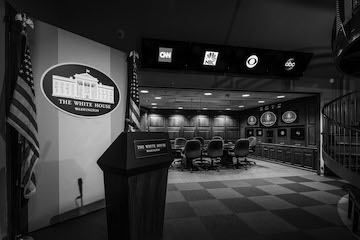 The Anxious Athlete: Mental Health and Sports’ Duty and Advantage to Protect

This research paper by Pepperdine University Caruso School of Law Professor Maureen Weston focuses on athlete mental health and submits that all constituents in the sport network (i.e., governing bodies, teams, coaches, athletic support personnel, parents, peers, media, and fans) consider athletes’ full wellness, both physical and emotional. With the foregoing considerations in mind, the paper examines the issues concerning athlete mental health, along with sports’ role, potential complicity, and responsibility. This research was published in the Harvard Journal on Sport & Entertainment Law (April 2022). Learn more about the JSEL.

The 2022 Entertainment Evolution Symposium will bring together industry innovators and thought leaders to discuss how the biggest players in EMS are planning to effectively blend physical and digital experiences across the global entertainment ecosystem. Presented by the Pepperdine Graziadio Business School Institute for Entertainment, Media and Sports (IEMS) and the Hollywood IT Society (HITS), this full day symposium will be held on September 21, 2022 at the Skirball Cultural Center.

2021: How Technology, Data, and Analytics will Drive the Industry Post-Covid

The 2021 Entertainment Evolution Symposium featured keynote conversations with Michael Wolf,  Media Tech Evangelist and President, Activate Consulting, and Kiira Benzing, Executive Creative Director, Double Eye Studios and Founder, Virtual Repertory Theatre — along with a robust lineup of speakers and advisors all focused on how best to adapt to the new consumer and technology driven-economy post-covid.

The Engage Symposium serves as a signature diversity and inclusion event featuring provocative panel discussions and invaluable insider information about the film, television, and new media landscape from a diverse group of notable creatives, producers, and executives in the entertainment industry.

Held annually on the occasion of the American Film Market (AFM) in Santa Monica, the industry's largest international conference, this event program is produced and directed by Joi Carr, Pepperdine University Professor of English and Film and Director of Film Studies.

Hosted by Pepperdine Alumni Affairs and the Pepperdine Graziadio Institute for Entertainment, Media, and Sports. On hiatus during to the pandemic, this event will be back in person during AFM in 2022.

This symposium is made possible in part by the generous support of the Hearst Foundations.

Special thanks to Quincy Newell (MBA, ‘09), who served as program co-producer / director on this year's Engage Symposium. Additionally thanks to Symposium Producers: William Nix and Kathryn Linehan

This year’s symposium featured a series of lively and evocative discussions about the evolution of the media and entertainment business in light of greater diversity and inclusion and included a state of the industry presentation from Michael Paseornek, President of Motion Picture Productions, Lionsgate, and a series of conversations moderated by Pepperdine's Joi Carr, Roslyn Satchel and DreamWorks Animation's Christina Lee Storm. Hosted by award-winning author and film producer Craig Detweiler, this event also featured Quincy Newell of Lionsgate, Britta Wilson of Pixar, Nina Yang Bongiovi, best known for her work with Significant Productions on Fruitvale Station and Dope, Charles Howard, Co-Chair of the Producers Guild of America's Diversity Committee and Scott Bowling, President of the Exceptional Children's Foundation. 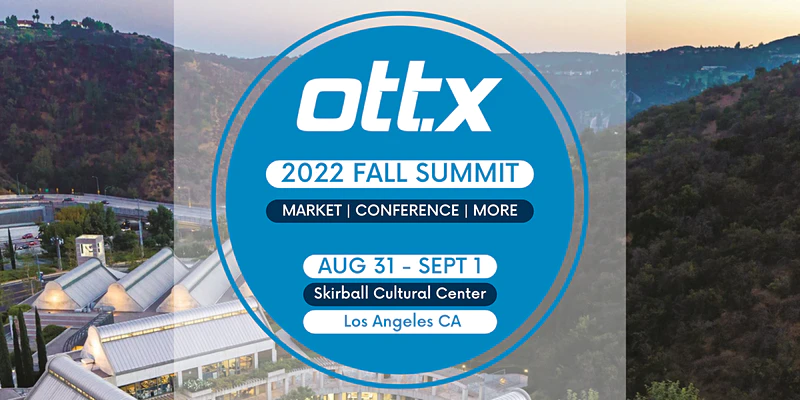 Join an exciting panel of key industry players at the 2022 OTT.X Fall Summit to gain invaluable perspective on where the streaming industry is going and what will be required to succeed in this increasingly competitive landscape.

Other topics to be explored at this year’s summit include maximizing ad revenue for FAST channels, progress toward better search & discovery, distributing and windowing content across business models, globalization of content, metadata, and rights management, and much more.

Dr. Nelson Granados is the executive director of the Institute for Entertainment, Media, and Sports and professor of information systems and technology management at the Graziadio Business School. He actively combines academia with practice, as a member of the Board of Advisors for technology start-ups, and is a frequent contributor to the Media and Entertainment section on Forbes. His broad research interests are related to the strategic and economic consequences of digital innovation. Prior to joining academia, Dr. Granados performed multiple marketing management positions in the airline industry across four continents, and he was also a product manager for enterprise systems at IBM. 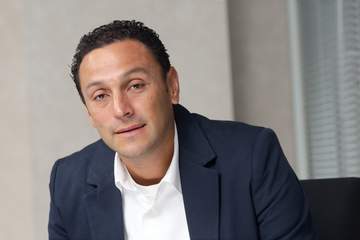 Alicia Jessop is a sport industry leader, attorney, journalist and professor focused on promoting athlete, creator and consumer well-being and women’s leadership in the sport and entertainment industries. Presently an Associate Professor at Pepperdine University, Alicia is licensed to practice law in California and Colorado and is frequently engaged to address legal issues at the intersection of sport and entertainment. She has excelled in the male-dominated sport journalism field, having been credentialed for the Super Bowl, NBA Finals, NBA All-Star Game, Bundesliga Super Cup, Indianapolis 500, NCAA Men’s Basketball Final Four and is a regular contributor to The Athletic and The Washington Post. 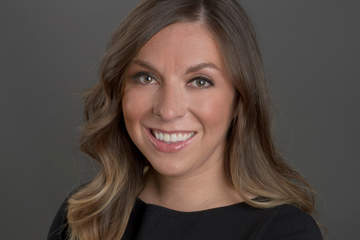