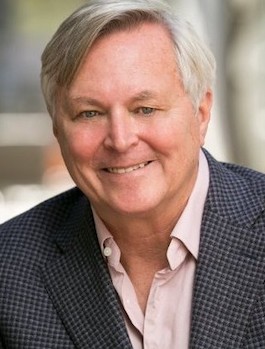 David Bishop is a visionary and successful president who has led two, multi billion dollar, leading global media companies – Sony Pictures Home Entertainment and MGM Worldwide Home Entertainment. He has served as a board chair and board director of several high-potential start-ups and media industry groups. He is an acknowledged expert in the media industry around the world and has been at the forefront of three major industry revolutions – DVD, Blu Ray, and Digital Distribution. David is now president of David Bishop Media, Inc., an advisory firm serving the media industry and providing executive leadership development. He has a track record of helping leaders. His passion for building high-performing teams and for coaching executives has helped create a cadre of effective leaders in companies like Netflix, Sony, Google, IMAX, and Amazon. He has a particular expertise in developing CEO/Founders and their teams. He served on the advisory board for USC's Third Space Thinking Center which focuses on leadership development. 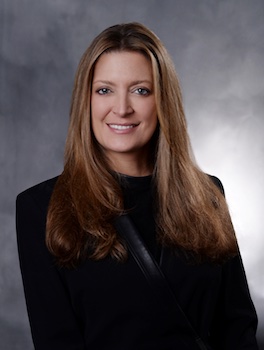 Carolyn Blackwood is chief operating officer of Warner Bros. Pictures Group (WBPG). Blackwood is responsible for the day-to-day operations of WBPG, including physical production, business affairs, music, and other related matters. She also jointly leads New Line Cinema where she most recently served as president and chief content officer. Additionally, Blackwood has managerial oversight of Warner Bros. Theatre Ventures, the live stage-play division of Warner Bros. Entertainment, and theatrical film acquisitions. She is a graduate of Fordham University where she studied American studies and fine arts and earned a law degree at Pepperdine University. 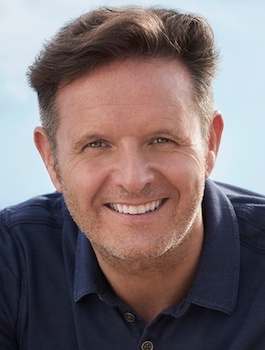 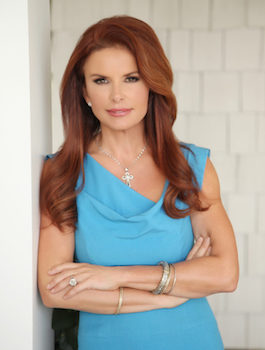 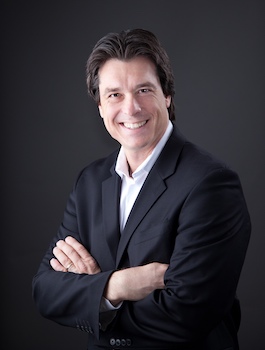 Eric Iverson is the director of products at Amazon Studios and a 21-year veteran of media and entertainment. Iverson previously served as the chief technology officer for the Global Media and Entertainment Vertical at Amazon Web Services (AWS) and the chief information officer at the leading entertainment and sports agency Creative Artists Agency (CAA). He is also the founder of Iverson Consulting, an advisory firm focused on digital innovation and transformation for companies in media and entertainment. Prior to CAA, Iverson spent more than 17 years at Sony Pictures, his latest role as divisional chief information officer for Sony Pictures Television. In 2019, Iverson was a finalist for the Los Angeles Business Journal's Enterprise CIO of the Year award. 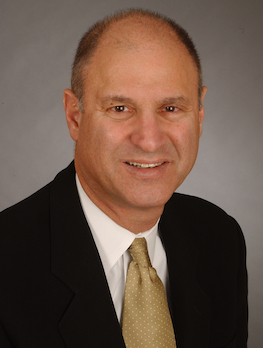 Victor Kaufman, vice chair of IAC, serves in the office of the chairman overseeing all strategic planning, financial, and legal matters for the company. He served as chairman and chief executive officer of Savoy Pictures Entertainment, Inc. from 1992 to 1997. Kaufman was also the founding chairman and CEO of Tri-Star Pictures, Inc. from 1983 to December 1987, at which time he became president and CEO of Tri-Star's successor company, Columbia Pictures Entertainment, Inc. 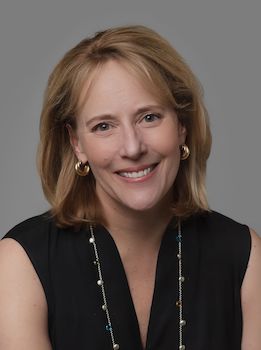 Jacki Kelley is the chief executive officer of Americas dentsu. Previously, she served as chief operating officer of Bloomberg's global media organization. At Bloomberg Media, Kelley led the business operations, with a focus on driving global revenue growth, brand strength, and developing the company's new media strategy. A dynamic leader with more than 20 years of experience, Kelley is widely credited with disrupting traditional business models to successfully meet client objectives across the publishing and advertising industries. She has served as chief executive officer of IPG Mediabrands North America and president of Global Clients as well as held various business roles at Yahoo!, Martha Stewart Living, Omnimedia, and USA TODAY. 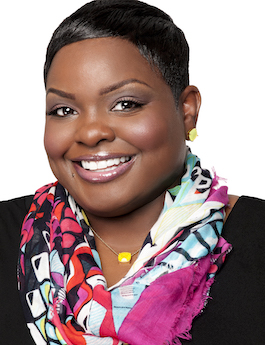 Endyia Kinney-Sterns is senior vice president of unscripted / alternative development and programming at Wayfarer Studios and, founder and chief executive officer at EKS Consulting Firm. Named one of the "Top Female Executives in Hollywood" by Essence magazine, Kinney-Sterns is the former vice president of development and programming at OWN and has more than 15 years of entertainment television experience producing and overseeing shows for high-profile networks including VH1, CBS, NBC, and HGTV and production companies such as Buena Vista Television, Arnold Shapiro Productions, and LMNO. She also established her own production company, Seraphim Entertainment, where she optioned two of her original shows, a drama series, and an animated project. 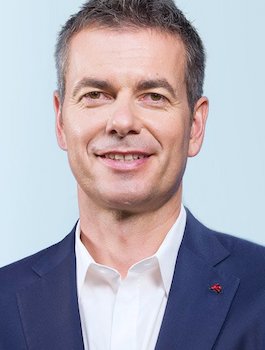 Robert Kyncl is the chief business officer at YouTube, where he oversees all business functions including content, sales, marketing, platforms, access, and strategy. Previously, he was vice president of content at Netflix, where he spearheaded the company's content acquisition for streaming TV shows and movies over the internet. Kyncl has been listed in Variety's Dealmakers Impact Report as one of their "disruptors," Vanity Fair's New Establishment List, Billboard's Power 100 List, Billboard's International Power Players List, Billboard's Digital Power Players List, and AdWeek's 50 List of Vital Leaders in Tech, Media, and Marketing. He holds a master of business administration from Pepperdine University and a BS from SUNY New Paltz. 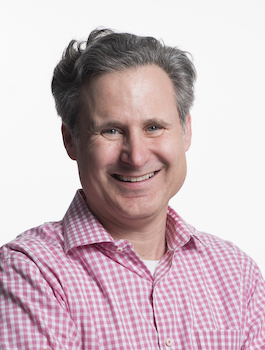 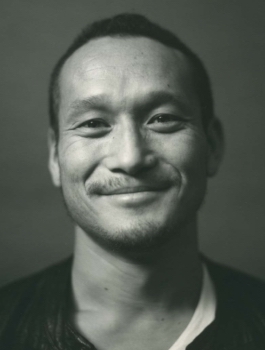 Takuji Masuda is an accomplished filmmaker and publisher and founder of Super X Media Combine. His feature documentary, BUNKER77, about legendary surfer Bunker Spreckels, had its world premiere at the San Sebastian Film Festival, its US premiere at the Hamptons International Film Festival, and was a winner of the Sun Valley Film Festival Film Lab Award. Takuji also serves as the head coach of the Pepperdine Surf Team and was a 2001 Japanese Professional Surfing Champion. 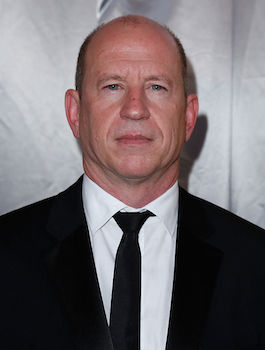 Rob Mooreis the owner of a professional e-sports team in the League of Legends. The former vice chair of Paramount Pictures, Moore oversaw marketing, digital, interactive, television, licensing, and business affairs divisions. As a founding member and a partner at Revolution Studios, he developed the strategic business plan and oversaw the formation of the company. Prior to this, Moore spent 13 years at The Walt Disney Studio where he held numerous positions, most recently as executive vice president, finance, and operations. 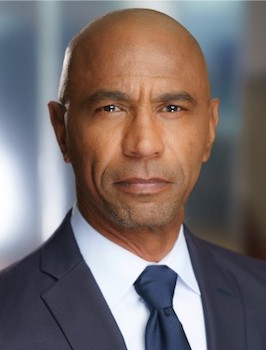 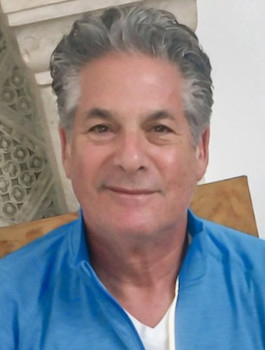 Douglas Warner is president of Warner Artist Management, where he brings over 20 years of experience representing talent and launching the careers of many A-list Hollywood celebrities. Warner empowers his vast relationship resources and looks to emerging markets and trends in order to advise and direct his clients for the best possible advantage in the fluid entertainment and media marketplace. 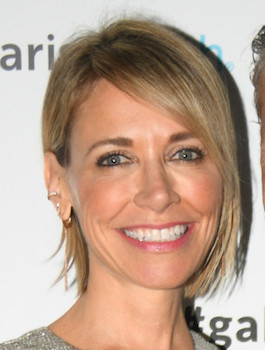 Christa (Zofcin) Workman is Co-President and Chief Operating Officer of River Road Entertainment, where she oversees company-wide business operations and strategy. Film highlights include the critically acclaimed American Utopia and Love & Mercy, Academy Award Winner for Best Picture, 12 Years a Slave, and the Palme d'Or winner, The Tree of Life. Formerly, she was head of business affairs for United Artists. She began her career working in finance at MGM Studios as well as serving as counsel to the late Michael King, Founder/Owner/CEO of King World. She is a member of the Academy of Motion Picture Arts and Sciences.