The Graziadio Executive Speaker Series is a curation of valuable seminars in which various guest speakers bring real-world knowledge and experiential learning to the classroom environment. High-level executives come to campus from a variety of industries to share their business expertise. The one-hour sessions allow leaders to sharer insight into current and future business trends and the challenges decision-makers face. 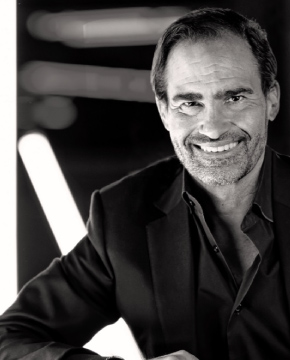 Équité founder and CEO, Daniel Langer, is one of the world's most renowned experts on brand building and extreme value creation in a digitally disrupted world and with Millennials and Gen Z, a global "Top Five Luxury Key Opinion Leader to Watch 2021". He won multiple awards for his work with brands in Europe, Asia, and the USA. He is also faculty of Luxury Strategy at Pepperdine University in Malibu, California. 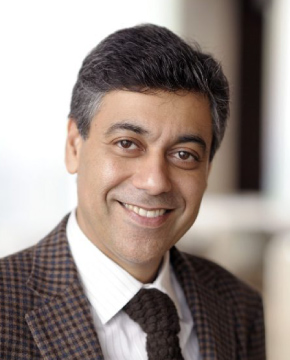 Deepak Ohri is a leader in the creation of innovative luxury experience with extensive experience in hospitality, food and beverage and known for delivering record profits in a challenging market condition.

He has been recognized globally for his entrepreneurial efforts, having been the recipient of multiple awards including "World’s Leading Travel Personality” at World Travel Awards, HAPA Entrepreneur of the Year an unprecedented three times, 'The Extraordinaire Award' by Brand Vision, and ‘Global Asian of the Year’ by Asia’s Greatest Brands and Leaders. He is also a celebrated speaker, and has spoken at the world’s key hospitality, business, and luxury forums. As a member of various travel and tourism organizations, he regularly contributes to industry reports and conferences. 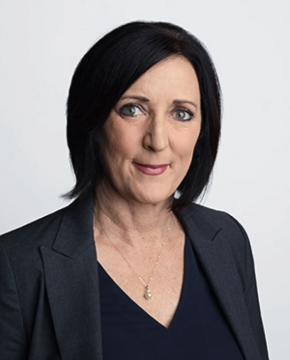 Marilyn Miller is the Chief People Officer (CPO) of Anaplan. Marilyn is well known as a seasoned and highly reputable executive who has spent her entire career devoted to exceptional human resources leadership. Prior to Anaplan, Marilyn was the CPO at Alfresco Software. Marilyn also was the Chief Human Resources Officer at Quotient Technology and held senior leadership positions at URS/AECOM, BMC Software, and Cisco Systems Inc. Marilyn holds a B.S. in political science and government from the University of Iowa and completed course work for her M.A. in labor and industrial relations from the University of Minnesota. 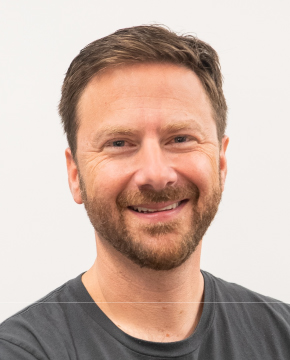 As the President and Co-Founder of Openpath, James runs day-to-day operations across all business functions, corporate strategy, enterprise partnerships, and business development. A serial entrepreneur, James has built and sold three successful technology companies (EdgeCast Networks, KnowledgeBase and Virtualis) over the past 17 years. While at Edgecast, James helped to build the company’s global network to carry more than seven percent of global internet traffic.

Prior to Edgecast, James built KnowledgeBase into a profitable, industry-leading company that was ranked by Forrester as the Industry Leader in eService. James received the E&Y's 2014 Entrepreneur of the Year award for the greater Los Angeles area, is an investor in and advisor to tech startups and VC/PE funds, and is active in various community and philanthropic organizations. 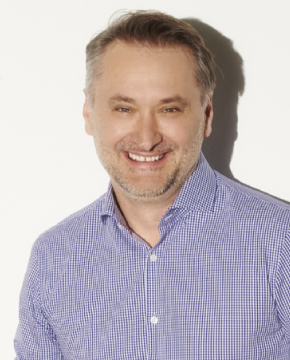 Vice President of Automotive for Alexa at Amazon

Ned Curic is Vice President of Automotive for Alexa at Amazon. He joined Amazon in 2017 and leads Amazon's efforts to build and deploy next generation digital technology to automotive partners and customers. Ned has more than 25 years of experience in the technology field specializing in advanced technology and enterprise security. Before Amazon, he served as the Chief Technology Officer and Group Vice President at Toyota Motor North America Inc. as well as co-founder and EVP at Toyota Connected, Toyota’s global connected car company. Before Toyota, he worked for Microsoft and Northrop Grumman in various capacities. 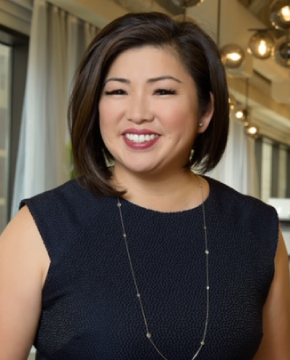 Shiz is known as a tenacious, results-driven leader who has a consistent track record of leading teams and building the AT&T brand while pushing the envelope of innovation. She currently leads the Sponsorships and Experiential Marketing team at AT&T Communications, which includes industry-leading partnerships across numerous sports and entertainment verticals.

Shiz and her team bring fans closer to their passion for sports, entertainment and communities through on-site activations and social-digital engagements that elevate moments for fans with leagues like the NBA (including WNBA and NBA 2K leagues), U.S. Soccer and the NCAA; to events like the Tribeca Film Festival, AT&T Pebble Beach Pro-Am, the AT&T Byron Nelson, College Football Playoffs and NCAA Final Four; to teams, players and venues including AT&T Stadium and the Dallas Cowboys, Cloud9, F1 Aston Martin Red Bull Racing, LeBron James, Jordan Spieth and Alex Morgan; and other programs like AT&T Presents: Untold Stories for underrepresented filmmakers, and esports events with ESL and DreamHack. 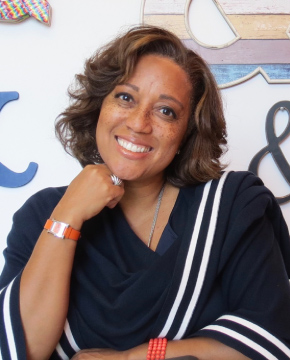 Candi Castleberry-Singleton is the VP of diversity partnership strategy and engagement at Twitter. She is also the founder of the award-winning “Dignity and Respect” campaign, which has helped organizations create more inclusive work environments. She has developed successful strategies in technology, telecommunications, and healthcare, including Xerox, Sun Microsystems, Motorola, and UPMC. Candi received an MBA from Pepperdine Graziadio, a bachelor’s degree from UC Berkeley, and completed the Stanford Executive HR program. 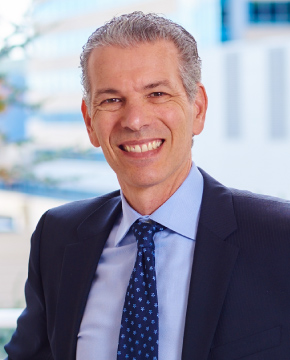 Dr. David Feinberg currently leads Google Health, a team employing Google's expertise in artificial intelligence (AI), product innovation, and hardware, aiming to take on significant challenges in the healthcare space. Previously, David was president and CEO of Geisinger, one of the nation’s most innovative health services organizations. David also served as CEO of UCLA’s hospitals and associate vice chancellor of UCLA Health Sciences as well as the president of the UCLA Health System. David graduated with distinction from the University of Health Sciences/Chicago Medical School and has an MBA from Pepperdine Graziadio. 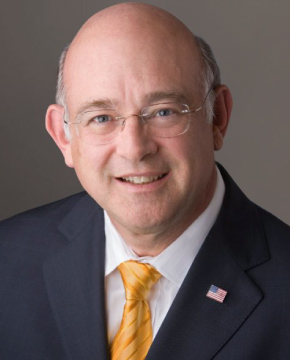 Northrop Grumman Corporation, Former Chairman of the board and CEO

During Ronald’s tenure at Northrop Grumman, the company grew to become one of the world’s largest aerospace and defense companies, with 120,000 employees and $35B annual revenue. Before joining Northrop Grumman in 2001, Ronald held senior operating, technical, and financial positions at TRW Inc. and Litton Industries. He is currently a director of Apple Inc., Chevron Corporation, Amgen Inc., and chairman of Uber Technologies. 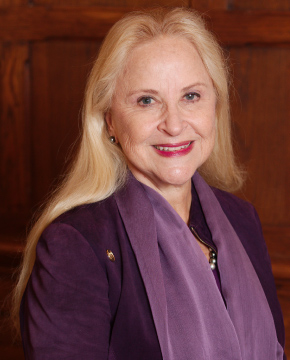 Larraine Segil is a seasoned entrepreneurial executive and an experienced public and private corporate board director with general management experience. She is the founder, chair, and CEO of the non-profit public benefit corporation, The Exceptional Women Awardees Foundation, which serves as proprietary, metrics-driven, software-based, executive coaching, and mentoring collaborative, enabling high potential women to reach the C-level in over 30 different industries.

Ms. Segil was formerly an owner and director of Vantage Partners, which evolved out of the Harvard project on negotiation. Its partners/directors have authored many books including Getting to Yes and Difficult Conversations. Larraine holds both a Juris Doctorate from Southwestern School of Law and a Presidents and Key Executives MBA from the Pepperdine Graziadio Business School. 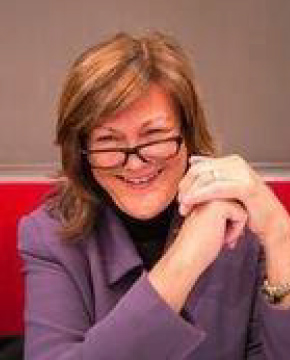 Liz is the epitome of a multicultural global citizen and a Best for the World Leader. With Dutch-Indonesian origins, she immigrated to the U.S. as a child for her formative years and the outset of her career. Liz then moved to Paris, France, which has been her home for more than 30 years. She has both American and French citizenship and splits her time between Paris and Southern California. Liz has an active career portfolio on both sides of the pond: corporate board work and continued and intensive support of an environmental non-profit. She also serves as a strategic advisor to some international businesses. Her proudest achievement is her son, Max, who is a young architect in Paris. 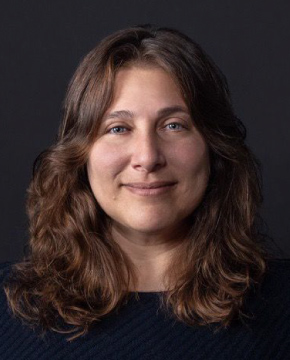 As president of GoDaddy Experiences, Lauren, in partnership with their CMO, operates the U.S. business focused on helping independent entrepreneurs succeed online. Lauren is responsible for product design and development for GoDaddy Experiences’ websites and marketing suite as well as their line of “do-it-for-you” services, both designed to guide customers to look great, be everywhere that matters, and increase sales revenue. Before GoDaddy, Lauren spent eighteen years at Microsoft. While at Microsoft, she founded the “Step Up” program, designed to increase women’s numbers in senior management roles by becoming stronger candidates. Lauren studied rhetoric and political science at the University of California, Berkeley.