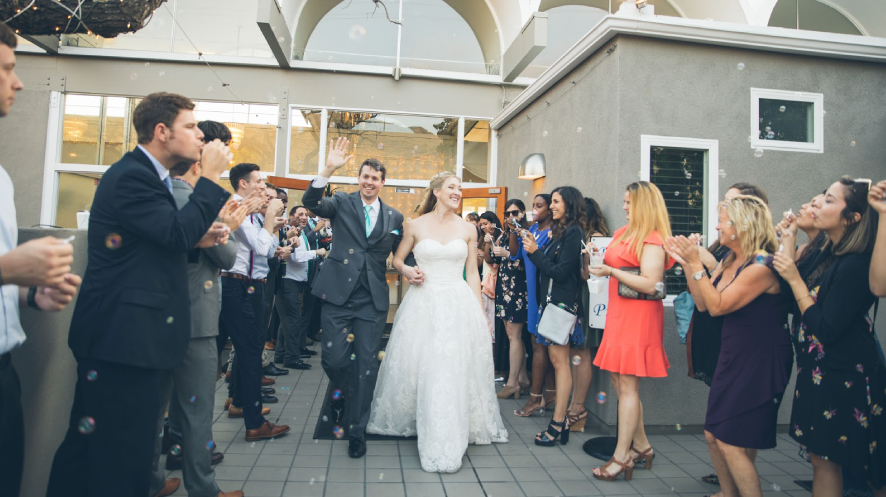 It’s February, aka Valentine’s Day, meaning love is in the air—even at Pepperdine. Regardless of age or status, one cannot deny that there’s something special about receiving some love during this Hallmark holiday season—whether that’s a bouquet of roses, a silly e-card, or even a heart-shaped candy spelling out the affectionate “BE MINE” in bright pink dye.

So during this season of love and chocolate covered sweets, we wanted to tug at the heartstrings and share the story of our alumni, Kelsey Coyle (MS ‘14) and James Coyle (MBA ‘15), two Pepperdine Graziadio sweethearts, who met, fell in love, and eventually returned to Malibu to tie the knot for a beach-front wedding.

Kelsey, an MS in Applied Finance (MSAF) student, and James, a Full-Time MBA student, met in one overlapping class during their studies, Financial Statement Analysis. While this class may have been their initial connection, sparks didn’t start to fly until after graduation. Through a stroke of luck, or maybe serendipity, both left the sunny shores of Malibu to accept job offers based in Dallas, Texas. To plug even more of the early 2000’s John Cusack romance, their mutual Graziadio friend, Yury Adamov, reconnected them in their new city, where they soon grew to become best friends and eventually fall head over heels.

Kelsey and James got married on the shores of Malibu to commemorate the city that started it all. As an added fun fact, their minister, Gregory Daum, is a Pepperdine faculty member and their photographer, Cecily Breeding, also is heavily involved in our school’s community. By simply looking at the photos, one can confidently say that it was a stunning ceremony.

After almost five years in Dallas, they recently returned to Los Angeles. Both continue to work for the same companies they did in Dallas, Kelsey works for the Federal Reserve and James at AT&T. Read more about Kelsey and James’ love story below: 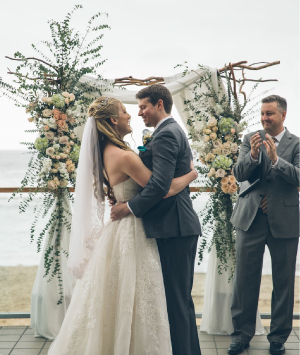 What programs were you and your husband, James, in when you attended Pepperdine and how did you two meet?

James was in the Full-Time MBA program and I was in the Full-Time MSAF program. We initially met in the one class overlapped for us, Financial Statement Analysis. After graduation, we both moved out to Dallas for different jobs and, thanks to our mutual friend from Pepperdine, Yury, we reconnected out there and became best friends.

What caught your initial attention when you met James?

His smile! He didn’t say much when we first met so I got the impression he was pretty serious, but it turns out he is just as goofy as me.

What was your favorite memory together while you were still in school?

Laughing about getting through Financial Statement Analysis and how we were polar opposites as students.

Tell us about your overall Pepperdine experience. Why did you choose Pepperdine and what did you like the most about it?

We both chose Pepperdine because of the overall energy, from the people we met during our respective visits to the unbeatable location. Having graduated from a private university for undergrad, a small student-to-professor ratio was also really important for me.

What I loved most about Pepperdine was the same thing that initially drew me to the school - the people. I didn’t know back then that one of those people would end up being my future husband. Even though James and I were in different programs, we both agree that we had such a well-rounded journey and owe a lot of that to the great learning experience we had with the professors and the lifelong friendships built at Pepperdine.

Since graduating, where has your degree taken you both in your careers? 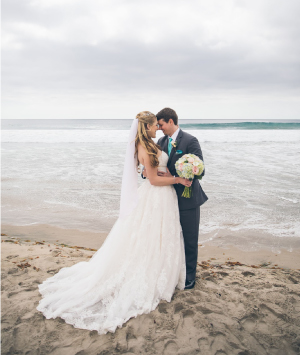 Tell us about your wedding day—what drove you to choosing Malibu as your location?

We chose to get married in Malibu because it’s the city where we met. We had a daytime wedding and the weather could not have been any better; it rained earlier in the morning and was overcast by the time our waterfront ceremony began.

Our day was sprinkled with sentiment and small, silly details (like dinosaur cake toppers) to celebrate in the spirit of us, along with some really fun surprises. It was one of the most beautiful days. It sounds simple, but it meant so much to us that it was stress-free, beginning and ending with laughs. We were overwhelmed with the joy and support of our family and friends who celebrated with us, in person and in spirit.

Student Life
Related Posts
Cultivating a Culture of Inclusivity with Latinx MBA Conexion
Harnessing the Power of Diversity and Inclusion in Business: June Edition
The Balancing Act of Mothers: Words of Inspiration from Graziadio Moms
Take the Next Step