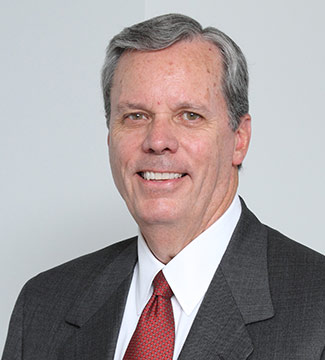 Dr. Otis Baskin is a professor of management at Graziadio Business School, where he served as dean from 1995-2001. During his tenure as dean, Graziadio achieved accreditation from AACSB International, becoming the first business school to co-sponsor the Fortune 500 Forum. Dr. Baksin also added more than $15 million to its endowment, raised $10 million for a new building at Malibu, and was ranked as one of the top 20 Executive MBA schools by both BusinessWeek and US News and World Report.

His academic career spans more than 30 years, including deanships at two other universities and work with business schools in 17 countries. Baskin served on temporary assignment as Special Advisor to the President and CEO of AACSB International (2002-2004), where he led efforts to globalize the world's premier business school accreditation organization.

Dr. Baskin serves as an advisor to senior management, owners, and boards of directors for public and private organizations in the United States, Asia, Europe, Latin America, and the Middle East. As a member of the Family Business Consulting Group, his primary expertise is in helping business-owning families develop leadership succession plans, strategies for growth, and family ownership/governance structures.

Dr. Baskin has spoken to many influential organizations, including the Conference Board, the Family Business Network (Europe), the Family Firm Institute, and the World Knowledge Forum (Korea), a frequent speaker to industry and executive groups. He was the host of the nationally syndicated PBS television series on entrepreneurship, "We're In Business." Dr. Baskin was a visiting scholar at the University of Oxford for the Hilary Term in 1994 where he lectured and conducted research with multi-generation family-owned businesses in Europe.

Baskin serves as a director of EMRISE, Corp., an international manufacturer of defense and aerospace electronic components and subsystems and telecommunications equipment where he chairs the Compensation Committee and is a member of the Audit Committee. He is also a member of the Board of Trustees of Hope International University. He is serving on several non-profits boards, including the Los Angeles Development Corp., Junior Achievement, the Durham Family Foundation, and the World Affairs Council.

Dr. Baskin's scholarly achievements include seven books, in addition to numerous academic articles and published papers. His most recent book, Effective Leadership in the Family Business with Craig Aronoff, was published by Palgrave Macmillan in 2011.

Issues in Business and Society: Capitalism and Public Purpose (with Grover Starling), Boston: Kent Publishing, 1985. Getting Your Message Across: A

"Someday, All This Will Be Yours" (with Maryan Baskin), a training guide for family business service providers, Springfield, MA: MassMutual, 1994.

Trust as a Competitive Advantage