Introduction to Storytelling for Entertainment, Business, and Law

Through a series of questions, this two-hour workshop guided participants on how to craft a compelling story that their target audience would connect to, and, once the story was refined, how to properly present it using proven Hollywood formulas to ensure the audience stayed emotionally connected from beginning to end.

This workshop was led by husband and wife team Christiane Kinney (JD '98), a leading Los Angeles entertainment attorney and the President of Kinney Law, P.C., and Seán Kinney, an award-winning filmmaker and creative consultant and creator of The Kinney Method (TM) for story doctoring.

When a jury is invested in the story you are telling, they are more engaged in the trial and likely to remember key facts. In this three-hour interactive workshop, participants got a first hand look at how to craft a trial presentation to have the most impact with the jury, including opening and closing statement strategies.

Maureen Weston, Professor of Law at the Pepperdine University Caruso School of Law and Academic Co-Director for the Pepperdine Institute for Entertainment, Media, Sports, and Culture, joined husband and wife team Christiane Kinney (JD '98), a leading Los Angeles entertainment attorney and the President of Kinney Law, P.C., and Seán Kinney, an award-winning filmmaker and creative consultant and creator of The Kinney Method (TM) for story doctoring, to lead this hands-on workshop designed specifically for students and professionals focused on practicing law.

An application for providing MCLE credit to attendees of this workshop is pending approval by the State Bar of California.

Whether it is a script, play, or a viral marketing video, a solid base is needed for the story to flourish.  In this three-hour interactive workshop, participants got hands-on exposure to tried-and-true techniques for emotionally locking in their audience.

When customers know about the company, they are statistically more likely to make a purchase. In this three-hour interactive workshop, participants will get to craft a compelling business story and connect with consumers throughout the sales funnel. 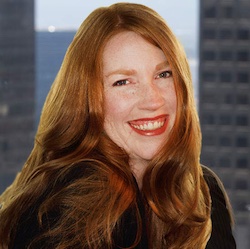 Prior to opening her own law firm, she was a Partner at the nationwide law firm of LeClairRyan, LLP, where she ran the Entertainment Industry Team, handling a wide array of litigation matters. As a small child, Christiane studied and performed music extensively, and that experience on stage made for a comfortable transition into the courtroom. She quickly became known among her colleagues as the attorney who could handle all the "weird cases," and her creativity at trial always landed well with jurors. Although entertainment has always been her focus, her adeptness in the courtroom placed her at the helm of litigation matters involving mass school shootings, Death on the High Seas Act cases, First Amendment and civil rights matters.

Ms. Kinney lectures extensively on copyright and trademark issues, and is the author of numerous articles and publications in the intellectual property field, as well as authoring the Lexis® Practice Advisor on Entertainment Transactions in Music and dealing with Managers, Agents and Attorneys. She has the highest professional rating of AV Preeminent from Martindale-Hubbell, and was recently selected as one of Billboard's Top Music Attorneys, and one of the Top Women Attorneys in Los Angeles by the Los Angeles Business Journal. Kinney has also been recognized by Super Lawyers Magazine, and has been featured in Glamour Magazine's Woman of the Year issue for her charity work in bringing music and art programs to at-risk youth. 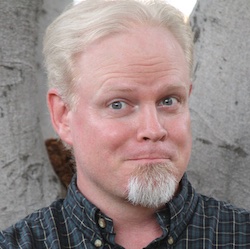 Seán Kinney is an international multi award-winning filmmaker who started out as a physical comic. He has worked on over 700 projects that have won over 47 Awards and 81 Laurels, and has received honors covering every facet of the industry including as a Director, Producer, Screenwriter, Playwright, Editor, Actor, Comic, Composer, Viral Video Creator, VFX Producer/Artist, and Online Promo Creator.

His numerous successes also spawned the creation of 1 Stooge Entertainment, a multiple award winning, international consulting and production house; with awards for just about everything including Kitchen Sinks! This small creative think tank thinks up unique solutions for all types of production, advertising, marketing and branding needs, with a proclivity for comic twists and stylized action. Maintaining the creative integrity is the resolve as they solve budgetary issues or unusual circumstances. The company pronounces to help studios, production companies & professionals fine tune their presentations & IP. From preparing performers, helping a politician to polish up, or making a powerpoint pop, we use our improv background to make any script, content, or product more peppy; and obviously with more "P"s!

The Kinney Method for story doctoring, presented in this workshop, comes from when Seán was a film professor who taught internationally. He still lectures regularly around the world and can be seen performing in clubs, film, TV, and even at Walt Disney Concert Hall. 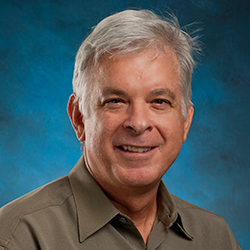 Dr. Rapier has been actively engaged in marketing as both a practitioner and lecturer since 1982. As a practitioner, he has over 25 years of experience on both the agency and client side. He has provided strategic insight to brand and marketing, advertising, public relations, and market research to a range of organizations. They include 3M Unitek, Burson Marsteller, IndyMac Federal Bank, Caterpillar Lift Trucks, Utility Trailer Manufacturing Company, and more. He has lectured at CSU Long Beach, Los Angeles & San Bernardino, along with Claremont Graduate University, and USC. 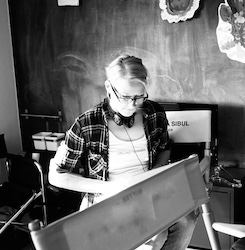 Christina Sibul is an independent producer as well as being a highly regarded Development and Production Consultant within the film industry.

Christina has been pleased and honored to work with many of the best and brightest of the industry throughout her career, and the work she's collaborated on has been recognized at the Academy Awards, BAFTAs, Golden Globes and Spirit Awards as well as the premiere film festivals around the world.

A longtime Development and Production Executive, credits (among many others) of Christina's include SIDEWAYS (Best Adapted Screenplay Oscar, BAFTA, and Best Screenplay, Best Comedy or Musical Golden Globe), HOUSE OF SAND AND FOG (BAFTA ,Best Screenplay, Golden Globe Nominations), STATION AGENT (BAFTA, Best Screenplay), LORDS OF DOGTOWN and her personal favorite, THIRTEEN, directed by Catherine Hardwicke. She has enjoyed working with directors Alexander Payne, Catherine Hardwicke, Tom McCarthy, as well as many other film professionals, including Sanaa Lathan and Effie Brown. She's consulted on hundreds of scripts and independent films in varying stages of production and development independently and within the studio system. Additional credits as a consultant and/or executive include: TRAFICK (Lionsgate), BLOOD BROTHER (Lionsgate), BIRTH OF THE DRAGON (Groundswell), 40 DAYS AND 40 NIGHTS (Miramax), THE GURU (Working Title), SOUTHSIDE WITH YOU, WIN WIN, THE VISITOR, and many others. She spent 5 years as a primary consultant to Codeblack Films based at Lionsgate, and her film BUTTER'S FINAL MEAL will be released in 2021 to a global audience.

Christina is a graduate of the Yale School of Drama and has taught at Yale University, the University of California, San Diego, and has lectured at many other colleges and universities. She has led workshops both on the collegiate level as well as for the Writer's Guild and privately. She is currently an Adjunct Professor at Pepperdine University. 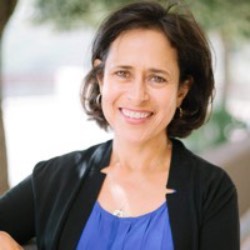 Maureen Weston is Professor of Law at Pepperdine University Caruso School of Law and Director of the Entertainment, Media & Sports Dispute Resolution Project. She received her JD from the University of Colorado, and BA in Economics/Political Science at the University of Denver. Professor Weston teaches courses on arbitration, mediation, negotiation, international dispute resolution, legal ethics, and U.S. and international sports law. She serves as Faculty Advisor to the Sports & Entertainment Law Society and Dispute Resolution Journal, and as coach for ICC Mediation Advocacy and Sports & Entertainment Law Negotiation competitions. Weston has taught law at the University of Oklahoma, University of Colorado, University of Las Vegas Nevada, Hamline, and in Oxford, England. Prior to teaching, Weston practiced law with Holme Roberts & Owen and Faegre & Benson in Colorado. She is actively involved in programs furthering opportunities for students to gain experience in negotiation, mediation and arbitration. Her committee service includes the ABA, Law School Division, Arbitration Competition, AALS Sports Law Executive Committee, and former chair of the ABA Dispute Resolution Education Committee and Representation in Mediation Competition. She is a member on the Boards of Directors at the University of Colorado School of Law Alumni Board, the National Sports Law Institute at Marquette School of Law, Malibu Little League, and Editorial Board of LawInSport. A frequent speaker at conferences, Weston is co-author of casebooks on sports law and arbitration and has written numerous articles in the area of Olympic and International Sports Arbitration, disability law, sports law, and dispute resolution.

Who should attend this workshop?

This workshop is intended for individuals who want to learn how to communicate more effectively. We know how hard it can be to make a lasting impression in today's disruptive business environment, so this workshop was designed to help individuals rise above the noise and create and deliver compelling stories and presentations no matter what field they are in.

What can participants expect to learn?

Participants will learn how to:

What technology is needed to attend?

IEMS recommends using a laptop or desktop computer for the optimal experience, as some webinar features may not be available when using mobile applications.