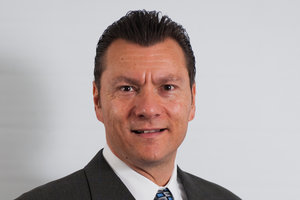 Associate Dean and finance professor John Paglia shared his insights on the business issues impacting the Los Angeles region as a member of a roundtable discussion on economic trends and forecasts. Hosted by the Los Angeles Business Journal and San Fernando Valley Business Journal on January 31st, the event included executives from Norton Rose Fullbright, CBRE, CTBC Bank USA, Bank of the West and Goodwill Southern California. Asked to rank the economic outlook for the L.A. region on a 1 to 10 scale, Paglia said:

"I feel we’re at about a six. We have had some very positive things happen. On the top line, if you look at GDP numbers, they’re positive, they’re relatively robust, unemployment is decreasing, and things look favorable. If you look at housing prices, they are increasing, and all those on the top line look very attractive. The market is near 6000 although I know it was off a little bit today. That’s a significant increase from where we saw the Dow Jones industrial average at 6500 back in 2009 but then as you look underneath the hood a little bit and look at some of the internals, there’s some cause for concern. If you look at the labor participation rate, that’s been declining through time, the number of people with bachelor’s degrees moving back home with their parents is increasing and probably at an all-time high. As we look to other things along this line there’s a tendency for some inconsistent messaging. Food stamp usage, for instance, reached the 48 million people mark — that’s about 15% of the workforce. So despite what appears to be economically prosperous times on the top line, if you look underneath the hood a little bit it’s not quite so great. I think that this leads to the Fed. If we look to the Federal Reserve Bank, its balance sheet now is over $4 trillion. I think to a large degree they’ve helped keep this economy looking pretty good from a top line approach. So I think over the next twelve to 18 months a lot of this is really going to depend on the Fed involvement and what happens when they start tinkering with policy."