February is Black History Month, a national observance that honors the achievements and history of Black Americans and emphasizes the ongoing importance of increasing awareness around the central role Black Americans have played in U.S. history. As part of this annual celebration, the Pepperdine Graziadio Business School is celebrating the achievements of five notable alumni that have embraced our University’s values as Best for the World Leaders: 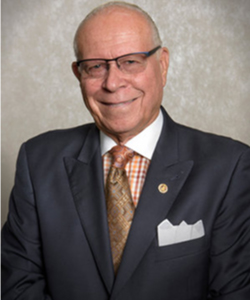 Ronald, a distinguished alum, was the first in his family to attain a college degree and the first African American to graduate from Pepperdine’s inaugural MBA program in 1967. The following year, he became one of three partners in what would become one of the largest minority-owned management consulting firms in the U.S., and since 1980, has assumed a lead role on more than 400 client engagements as the principal of Berryman and Company and was the past president of the Institute of Management Consultants, Southern California, a certifying body for the management consulting profession. Ronald currently sits on the Pepperdine University Board, the Graziadio Board, and was a founding member of the Pepperdine University Alumni Leadership Council. “It was important to me to attend a faith-based institution, and it was at Pepperdine that I learned about the importance of living a life of service,” said Ronald in an interview with Pepperdine Graziadio. “Not only does the school’s multidisciplinary curriculum prepare students to be successful professionally, but it also teaches students about giving back to the community.” Ronald and his wife, Jacqueline Berryman, also organized and funded the A. Ronald Berryman Endowed Scholarship for African American students at Pepperdine University. The endowment is $100,000 and provides financial support to students pursuing their MBA Degree at Pepperdine Graziadio. 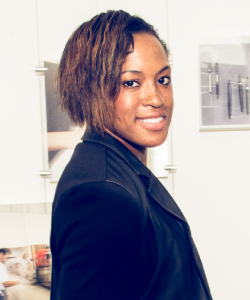 A lifelong athlete, Lauren was introduced to bobsledding by a USA National Rugby team member, who recommended that she try it out. From there, Gibbs went on to earn the silver medal in her 2018 Olympic debut with pilot Elana Meyers Taylor. Gibbs currently works for Parity, an online platform working to close the pay gap in sponsorship for professional female athletes. She is also a public speaker at universities, corporate leadership, and non-profits organizations. “Pepperdine Graziadio taught me to be flexible and nimble in the business world, and that's a life lesson as well,” said Lauren in an interview with Pepperdine Graziadio. “Over the next couple of years, I can do everything that is asked of me and still be told that it just isn't enough to be selected for the 2018 Olympic Team. Pepperdine taught me to roll with the punches and recover. I'm working every day to be at the top of my game, but I know I'll be just fine no matter what happens." Read more about Lauren’s Olympic journey on her Pepperdine Graziadio Alumni Spotlight. Pepperdine Graziadio Alumni Spotlight. 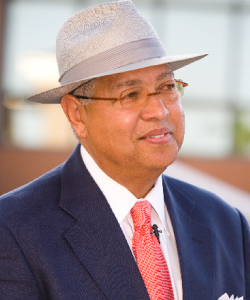 Bernard is a former executive at Xerox, a 2011 distinguished alumnus and commencement speaker, an author, internationally sought-after consultant, and curator of the Kinsey Collection—the definitive collection of African American Art and Artifacts. He runs the collection with his son, Khalil B. Kinsey, and his wife, Shirley Pooler Kinsey (MA ‘76), a distinguished 2014 alumna from the Pepperdine School of Education and Psychology. As a recognized expert and leader in the field of urban revitalization and market development, Bernard has appeared on numerous radio and television programs and raised over twenty-eight million dollars for philanthropy over the past two decades. The Kinsey African American Art and History Collection has been on a national tour since 2007 and has been seen by over 15 million visitors. The collection will be presented at Pepperdine in 2022.

Bernard was recently featured at Pepperdine’s event, “Coffee with Jim,” where he discussed diversity, inclusion, and equity with President Jim Gash (JD ‘93). Hear him share his insights here. Be sure to save the date to hear from Bernard at the next President’s Speaker Series event as he presents on “The Myth of Absence: What You Didn’t Learn About American History in High School,” happening February 24 (5 PM PST). Register here. 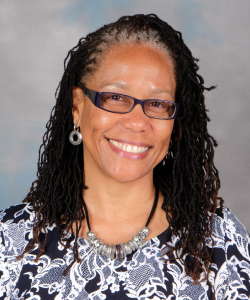 The mission of the African American Board Leadership Institute (AABLI) is to strengthen nonprofit, public, and private organizations through recruiting, preparing, and assisting with the placement of African Americans on a broad range of governing boards. As director of communications and operations at AABLI, Vickie leads its communications, marketing, and media efforts and oversees office management. Prothro is responsible for generating a dynamic creative strategy to raise the visibility of AABLI, increasing community engagement, and driving awareness of its programs and accomplishments. She also produced the organization’s first AABLI Board Talks video series. She serves as a board member for the Bloom Again Foundation. 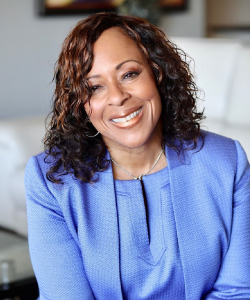 Stasia works directly with high net worth individuals and families to create customized plans to protect and grow wealth, often across multiple generations. Additionally, she helps nonprofit foundations, exempt organizations, and endowments to realize their short and long-term financial objectives through strategic asset management. On Saturday, January 30, 2021, Stasia was humbled to be recognized for her financial education work by ESP Education & Leadership Institute. BOSS Economic Award (Business of Success Beyond Sports).

Stasia’s many honors include the National Sales Network’s Women in Sales Excellence Award, National STEM Top Woman of Color in Finance Award, The American Cancer Society Award of Merit, and The Los Angeles NAACP Outstanding Leader of the Year Award. She received the Distinguished Alumnus Award at the Graziadio Business School in 2019. She was also recognized as one of the 2018 Los Angeles Business Journal’s Most Influential Wealth Managers. Stasia served as a keynote and featured speaker for the 2019 Graziadio Business School commencement. Stasia shared her insights into what business leaders of tomorrow can learn today as part of Pepperdine Graziadio’s Industry 4.0: The Future of Humanity in the Smart Machine Age, a recording available here.