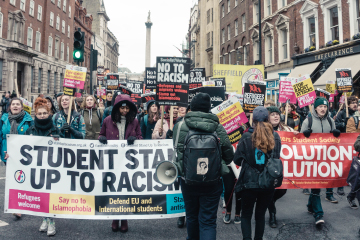 In a recent Los Angeles Business Journal article, Dr. Dave Smith comments on how labor unions in Los Angeles are preparing for a strike in the coming months, “labor unrest is strikingly high. Even though the percent of workers covered by unions is still in decline, stagnant wages and greater public support for unions is fueling more action on the part of unionized workers.” Unemployment rates are at an all time low and labor is eager to organize and become more aggressive in their tactics. As the cost of living and wages remain stagnant or decline for most workers, unions are eager to push for a change and negotiate new contracts. Earlier this year, Los Angeles Unified School District teachers went on a weeklong strike and amassed widespread public support. Support for unions has increased creating unions’ highest favorability rating since 2003.