National Military Appreciation Month is celebrated every May and is a declaration that encourages U.S. citizens to observe the month as a symbol of unity. Pepperdine Graziadio would like to give tribute to military service members and their families and thank our Graziadio alumni who have served our country. We are proud to offer students the Yellow Ribbon GI Education Enhancement Programs at Pepperdine University, allowing veterans to receive higher education with 100% tuition assistance. If you are a Pepperdine student or alumnus and a veteran, we invite you to join our Veteran's Group on PeppConnect, an exclusive online platform for the Pepperdine Community that offers networking, mentorship, and more. Join PeppConnect.

Thousands of service members worked on the front lines of the COVID-19 pandemic and we encourage our Graziadio community to pause and honor the men and women that have and continue to serve our country. Below are five Graziadio alumni and veterans we are recognizing this National Military Appreciation Month: 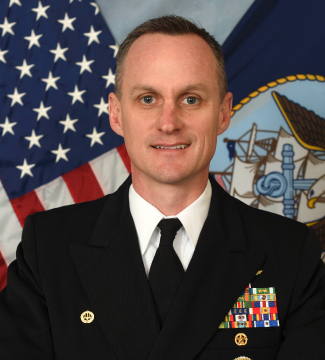 “I am proud to be a 2004 graduate of Graziadio Business School and am thankful to have served our great country for the past 25 years. Fly Navy!”

Jeff is currently the Commanding Officer of Naval Base Ventura County. His command provides air operations, port operations, physical security, fire and emergency services, food, and housing services for all military operations in Ventura County across three bases at Point Mugu, Port Hueneme, and San Nicolas Island. He is a designated Naval Flight Officer and operationally flew in the EA-18G Growler and EA-6B Prowler as an electronic warfare officer. 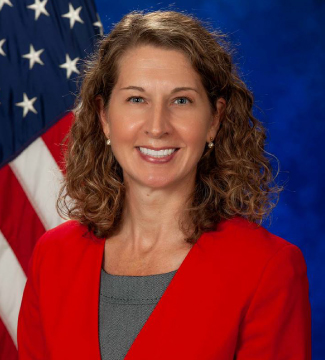 “Throughout my 26 years of active-duty service, the Air Force offered me meaningful work serving others while developing my leadership and professional skills, including lifelong learning through diverse programs like the Pepperdine Graziadio MBA.”

Tiffany served the U.S. Air Force for over 26 years as a personnel officer and judge advocate and is currently a Veterans Law Judge with the Board of Veterans' Appeals. Prior to retiring from the Air Force in December 2019, Tiffany served as the deputy director for the U.S. Air Force Administrative Law Directorate responsible for the day-to-day management of 24 legal professionals providing written legal opinions for Air Force leaders on personnel programs and policy, ethics, inspector general (IG) investigations, senior official adverse actions, information/privacy, command authority, administrative law, and constitutional law issues. 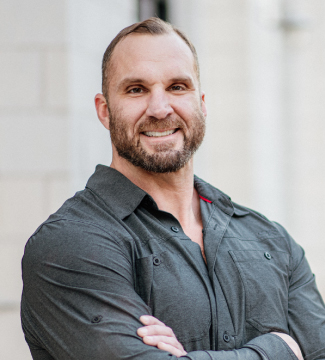 “We are what we repeatedly do. Excellence is not an act, but a habit.”

Andrew Marr is a husband; father of seven; retired Special Forces Green Beret; co-founder of Warrior Angels Foundation, the first non-profit to bring personalized brain injury protocols backed by science to Veterans; a TEDx speaker, and co-author of the best-selling book: TALES FROM THE BLAST FACTORY: A Brain Injured Special Forces Green Beret’s Journey Back from the Brink. His book has been turned into an award-winning full feature documentary film under the direction of EMMY and Academy Award winners and is titled Quiet Explosions: Healing the Brain. 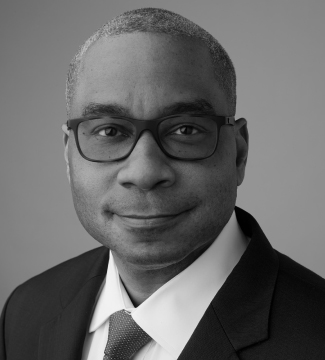 “Deciding to serve in the U.S. Armed Services remains the most important professional decision I’ve made in my career. The skills I developed in the United States Marines Corps continue to infuse my understanding of the practice of leadership and the importance of looking out for your team.”

MK serves as the VP, Field CSO (Americas) at Palo Alto Networks and served as a commissioned officer in the United States Marines Corps. As a Marine, MK led a team of logistics professionals responsible for the cargo, supply and transportation needs of a 3,000 member unit responsible for the service and posture of more than 80 high-performance jet aircraft. During his service, MK was honored with the Navy Commendation Medal and the Meritorious Service Medal, both for significant contributions during service to our country. 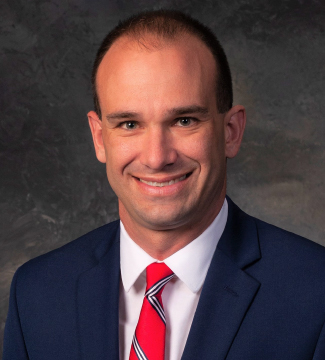 “Never doubt what you are capable of. I've never built an airplane before, but when I was asked to lead a team to help bring NASA's X-59 Quiet Supersonic Technology demonstrator aircraft to life earlier this year, I approached the role in the same way I did to the many highly complex situations I've faced throughout my Marine Corps career -- to quickly make sense of the situation and align my team toward a common goal. Traits such as integrity, courage in the face of uncertainty, perseverance, and unbridled optimism, as well as methodical processes for breaking down and understanding complex problems position you well for the challenges of balancing a career and/or pursuing graduate education.”

Brad has spent over fifteen years in the U.S. Marine Corps on active duty and reserves. He is currently an executive officer and second in command of an artillery battalion of 700 active duty and reserve Marines and sailors. Prior to that Brad was the operations officer and was responsible for planning and execution of battalion level deployment and training operations for the 5th Battalion 14th Marine Regiment. Brad has also served as a logistics officer, a fire support coordinator, and a commanding officer of a light armored reconnaissance company. He has deployed twice, with one tour in Iraq as an embedded combat advisor with an Iraqi Army battalion along the Jordan border.