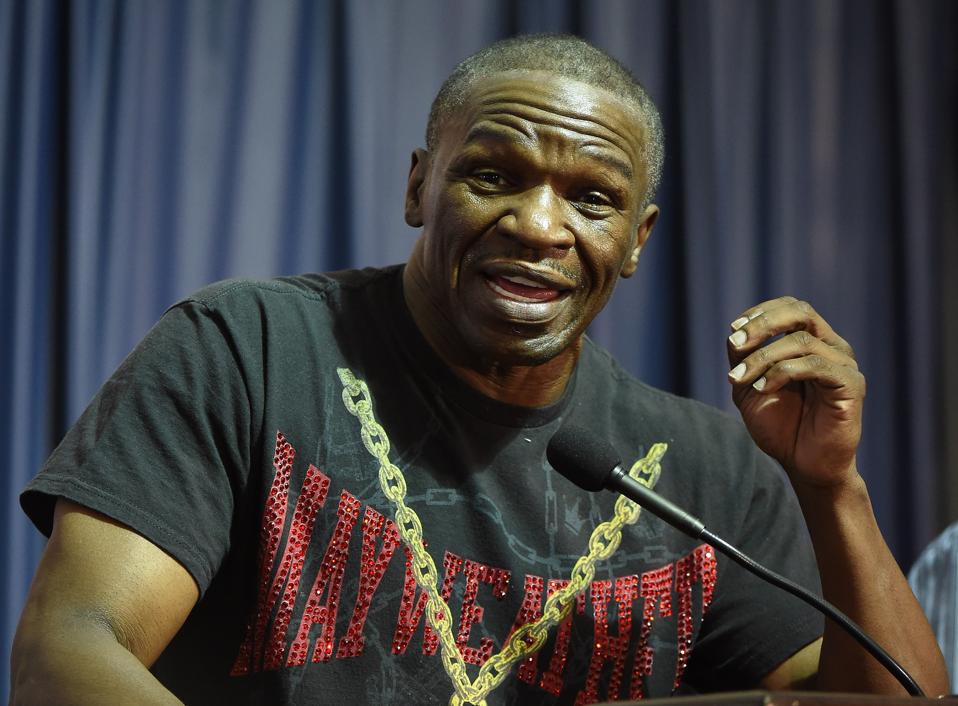 The lawsuit stems from a 2015 dispute in which Mayweather Sr. sued Barlow claiming she tricked him into signing a contract for public relations consulting services when he really wanted assistance setting up a nonprofit foundation for sarcoidosis and other common fighter ailments.

Mayweather Sr.’s lawsuit was eventually dropped and Barlow told the Las Vegas Review-Journal that criminal charges would not be filed against her, hoping to clear up her reputation.

It would appear that Barlow’s $20 million civil suit against Mayweather Sr. is her attempt to do just that.

Barlow and Mayweather Sr. discussed setting up the Floyd Joy Mayweather Foundation “to improve his public relations due to former arrests and negative publicity surrounding Floyd Mayweather…” and for a positive action relating to sarcoidosis and traumatic brain injury (TBI), according to the complaint. [Note: Mayweather Sr. is referred to as “Mayweather” throughout the filing, so it appears “Floyd Mayweather” refers to Mayweather Jr.]

After Barlow allegedly arranged for a soft launch of the foundation at Carmine’s Restaurant in Caesar’s Palace, Mayweather Sr. accused her of misusing funds and failed to appear at the event which was a “dismal failure,” per Barlow’s filing.

The PR contract submitted with Barlow’s complaint - purportedly signed by Barlow and Mayweather Sr. and notarized - calls for compensation including a monthly “basic fee” and 10% of gross earnings derived from her firm.

Barlow claims Mayweather Sr. failed to pay her, made false representations and failed to properly fund initial foundation expenses, further alleging that funds from a foundation bank account were properly used. Having “not been able to obtain employment,” she is seeking damages in excess of $20 million.