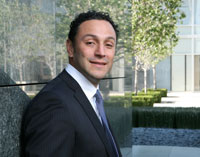 Some people contend that airfares are not bound to increase with the merger of American Airlines and US Airways. There are two main arguments to support this theory: first, the networks of American Airlines and US Airways only overlap in 12 airport-to-airport routes. Second, the merger galore started in 2005. A study by PriceWaterhouse states that since 2004 prices have not increased significantly. Dr. Nelson Granados argues that both of these arguments are fundamentally flawed. The notion of considering airport-to-airport overlaps is outdated as today most airlines manage their prices and inventory on an origin-destination basis. Looking at origins-destinations, the airlines overlap at more than 12 airports, particularly in markets where they operate hubs, says Granados, an expert in pricing strategy and associate professor of information systems at Pepperdine University’s Graziadio School of Business and Management. The second argument is confounded by two factors. First, the Price Waterhouse statement does not consider ancillary fees, which you could argue have increased fares significantly. Second, we don’t know what proportion of these ancillary fees is driven by appropriation of the value that consumers give to a-la-carte pricing, or by the consolidation itself. Dr. Granados argues that it is not an either/or question, but rather the extent to which the ancillary fees have been enabled by this consolidation. Dr. Granados says that only time will tell to what extent airfares will increase after the mega-merger industry cycle. But when the number of major carriers is cut in half, with a joint market share of more than 80%, it is bound to have a long-term effect on market prices.