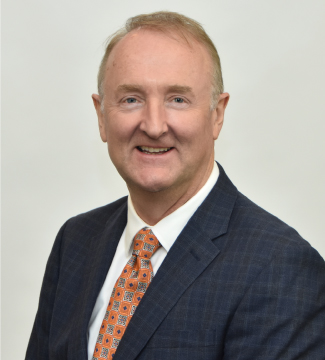 Dr. John G. Mooney is professor of information systems and technology management and academic director of the Executive Doctor in Business Administration at the Pepperdine Graziadio Business School. He also serves as the Graziadio School academic director to Pepperdine University’s Institute for Entertainment, Media, and Sports. Dr. Mooney holds a BS in computer science and a master of management science both from University College Dublin, and a PhD in information systems and business strategy from UC Irvine. He was named a Fellow of the Association for Information Systems in December 2018, received the George L. Graziadio "Outstanding Faculty" award in April 2018 and the Pepperdine University Howard A. White award for teaching excellence in 2020.

Dr. Mooney was a visiting scholar at the MIT Sloan Center for Information Systems Research from 2010-2011 and continued his affiliation as research associate until 2016. He currently serves as chair of the Association for Information Systems Leader Excellence Award Committee, as a member of the External Advisory Board for Lero – the Irish Software Research Centre (funded by Science Foundation Ireland), and as external examiner for IT, Operations and Project Management at the National University of Ireland, Maynooth. He serves as a member of the editorial boards of MIS Quarterly Executive, the Journal of Strategic Information Systems, the eService Journal and the Journal of Global Responsibility. He was a co-founder of Realex Payments and served as a non-executive director until its acquisition in 2015. His current research interests include management of digital innovation and business executive responsibilities for managing digital platforms and information resources.

At the Graziadio School, Dr. Mooney previously served as executive director of the Institute for Entertainment, Media and Sports from 2015-2018, associate dean of Academic Affairs and Online Programs from 2014-2015; department chair for Strategy, Entrepreneurship, Information Systems and Decision Sciences from 2012-2014; and as associate dean for academic programs at the Graziadio School from 2005-2010. In the latter role, his responsibilities included leadership and oversight of the development and delivery of the Graziadio School’s portfolio of degree and certificate programs. He co-founded the AACSB Associate Deans Affinity Group in 2008 and served as its founding chair. In collaboration with Deborah Spake, John developed AACSB’s “Seminar for New Associate Deans” in 2011. He was vice president for chapters and affiliated organizations at the Association for Information Systems (AIS) from 2004-2007, and served as conference co-chair for the 37th International Conference on Information Systems that was held in December 2016 in Dublin, Ireland.

John is married to Dr. Angela Tripoli, who coaches executives and professionals through life and career transitions. They are blessed with an amazing daughter, who is pursuing a computer science major at UCLA. John volunteers his time as a “Lead Trail Boss” and “Lead Land Steward” at the Irvine Ranch Conservancy.