The Distinguished Student Award and student speaker represents the highest honors the Graziadio School bestows upon an individual. During each commencement ceremony, the awards are presented to distinguished leaders and luminaries who have achieved preeminence in academia and business. The honoree delivers the keynote addresses at graduation and shares their insights and guidance with the business leaders of tomorrow. 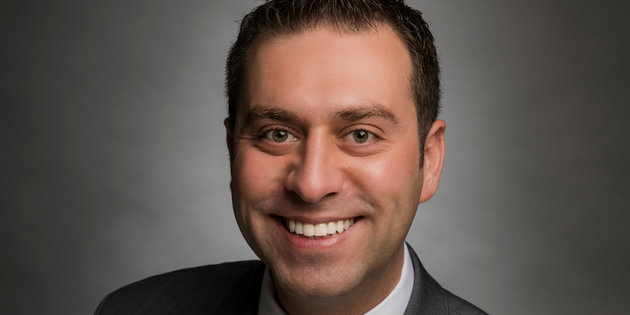 Giuseppe (Joey) Nespoli was born and raised in Southern California by an Italian immigrant father and a second-generation Italian mother. He has been connected to Pepperdine University since he was an infant when his father would walk him around Alumni Park after taking his mother to work each day.

Giuseppe graduated from Seaver College in 2004 with a B.A. in economics, then he moved to Washington, D.C., to begin a career in politics. After experiencing two campaign cycles and learning what not to do as an elected official, he returned home to alma mater to develop alumni programming around the world.

In 2010, he entered the world of fundraising for the Graziadio School where he met MSOD alumni who eventually recruited him to join the life-changing graduate program. Now, he serves the undergraduate students, raising funds to benefit Seaver College scholarships, research, international partnerships, and financial training programs.

As an MSOD student, Giuseppe traveled the world exploring cultures, learning theory, and putting that theory into practice with consulting projects in D.C., France, Chile, and China. His classmates became teammates and are now lifelong friends.

He shares his organization development knowledge with undergraduates when invited to lecture in classes and workshops on interpersonal skills, team building, emotional intelligence, conflict management, and vocation. This fall, he will teach a course at Seaver College on financial development for non-profit organizations.

Of all the relationships he values--from classmates to colleagues at Pepperdine University--Giuseppe was blessed to meet and marry another Pepperdine alumna, Minda ('06) in 2014. They reside in Santa Monica, California, with no pets or children... yet.